Was produced and released in 1988 to coincide with the anime movie of the same name released earlier that year.

Akira is an adventure game that roughly follows the events of the movie. Kaneda, the heroic if impulsive leader of a futuristic motorcycle gang, is frequently at odds with his lieutenant and best friend Tetsuo due to the latter's lack of self-esteem and envious feelings towards the charismatic Kaneda. When Tetsuo is taken in by Japanese scientists and inadvertently receives immense psychic powers, he goes on a rampage that results in the near-annihilation of the city of Neo Tokyo.

As with many other Famicom adventure games, the player is simply following a linear plot that requires they talk to the right NPCs and solve environmental puzzles in order to proceed with the story. They have a selection of text-based commands with which they can use to progress the game. 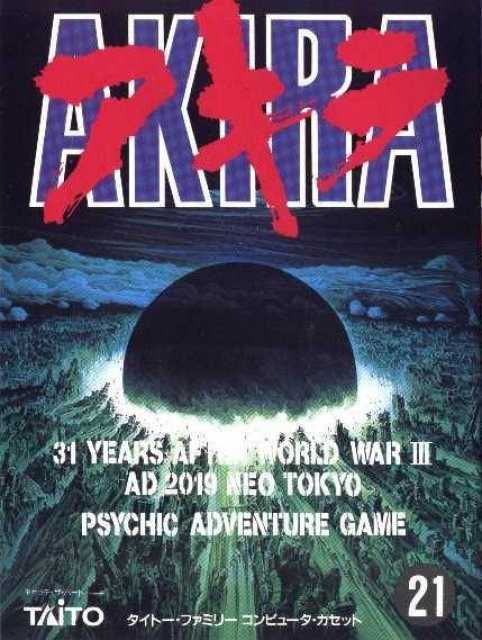