An Animal Crossing-like game with a Going to Wizard School theme by Konami.
Nintendo DS

Magician's Quest: Mysterious Times is an RPG where the player plays the role of a student at the enrolled at the wizardry school for magic. Within the game, various members of the academy appear a number of times along with the character. The character is capable of making strong relationships with with students enrolled, some with whom become fast new friends. Books and many featured inanimate objects can come to life through the use of a lot of magic. Besides traveling to their attending school, the players can venture off to solve some of the challenging puzzles required throughout the gaming experience. The goal is to receive the coveted license magic and the title of a Master Magician.

Using Animal Crossing as a Point of Comparison

You take the role of a student who has transferred to a school for wizards nestled in a sleepy college town. Unlike in Animal Crossing, the player does not start out in debt, but instead is given the chance to work for the shopkeeper to earn extra money through fetch quests, as well as learning about magical spells in class. These magical spells have minor effects but can sometimes be helpful in bothering classmates, changing the environment slightly, or helping in quests during Mystery Time (explained below), though learning them in class takes a long time.

It's these classes that provide the backbone of the game, and can be said to be the progression mechanic similar to what earning money to pay off your house did in Animal Crossing.

More closely mirroring Animal Crossing, players can fish and catch insects, collecting them to complete a set. In addition to those there are types of mushrooms you can find. There are several shops throughout the town which allow you to alter the appearance of your character, and you can interact with the locals in set conversation snippets which don't have a large impact on the game other than to affect your reputation with individual characters.

Magician's Quest: Mysterious Times does reflect real time in the game corresponding to how the DS's clock is set, but instead of discrete holidays, there is Mystery Time, which makes the surroundings slightly surreal, with a differently-colored sky and different landscape features. Classes during these anomalies are canceled and you can participate in different mini-games than normal. There is also a character central to a given mystery which has a scripted but more in-depth character interaction sequence, if you can find them in time.

Some reviews have noted that the interaction between player character and the town inhabitants is more mean-spirited than Animal Crossing, with people questioning your character or saying they don't like you at random. A bit too much like real life for some, although this might be blamed on the localization rather than the original Japanese. Altering reputation is similar to that in Animal Crossing, where you give gifts to those who hate you and keep in touch with those who like you.

The character designs are more varied than Animal Crossing, encompassing all kinds of surreal creatures, although there is less variation in the types of people that come and go.

Both screens in this game are used to render the 3D environment, causing slight performance issues but creating a unified feel between the two screens. WiFi support is included, allowing you to visit other friends' towns and the characters they currently have living there, as well as casting spells on friends and their town, and chatting with them.

The players town is entirely divided into different sectors and areas in which the player can visit. The sector that complements the town is filled with small shops and the apartment complex, situated east of the school. The beach is situated north of the town where players can visit the local fish and catch insects. Charlie's Noodles appears at will during the afternoon and evening hours of the day in this area of the Town. Visit the beach to reach Lover's Point and the town's island. There is the plains, a huge sector parted by a streaming river. Many of the students that are enrolled in the academy have accommodated to a life of living in tree houses.

Items are chosen through simple commands. Find the right commands to perform the perfect task.

The Mystery Time Changes according to the date.

Failure to Using the Saving Feature

Cleaning rooms at the prep school can result in punishment if the player of the town does not take precaution to save the throughout their DS gameplay. The chore can become a regular bothersome occurrence but can be avoided when saving the progress. The accommodation of cleaning can be no fun, but to clear the spots that tied so close together can become a nuisance to clearing with ease. Reginald punishes with a steel iron fist if he thinks the player doesn't work properly or thinks that the player has tired and tried to leave the room without finishing the task of cleaning. As it is, the player should steer clear of going too close to the door. Clean a specific smidge in one tidy spot, then preoccupy with moving on to the next spot, most preferably one that isn't so close by a clean area. 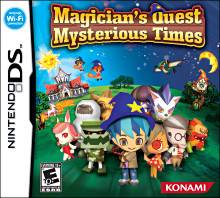