Champions: Return to Arms is a direct follow up to Champions of Norrath, a popular Action RPG for the Playstation 2.
PlayStation 2

Champions: Return to Arms directly follows the events of the first game: "Innoruuk has been destroyed, but the influence of the Prince of Hate persists". You start in the presence of Firiona Vie, a character from the first game, as she tasks you with saving the universe from evil. Mechanically this game is almost identical to the first one, with a few small differences, such as the map being moved to the side of the screen making it easier to play with the map on. While the first games story was completely linear, in RtA it is possible to select levels and take on side missions and challenges for extra points. It is  also possible to play from either a good or evil perspective, though this has little impact on gameplay aside from playing a different level in certain places.

Champions: RtA introduces two new character classes: the Iksar Shaman and the Vah Shir Berserker, this gives the game a total of 7 classes including the 5 from the original game. Also the original five classes have the option of choosing either a male or female character. Each class also has appearance customization option.

One of the two new classes, the shaman is a bipedal lizard-like creature in appearance. Gameplay wise the shaman is a good mix of magic and melee; they are able to equip full armor as well as being able to equip shields and most weapon types. The shaman has a good range of spells, from poison to healing to summoning, leading to a good variety in gameplay.

The second of the two new classes, the berserker looks like a humanoid cat-like creature. In gameplay he is similar to the warrior, preferring close range combat, though the berserker has a weaker defense so he can not take as much damage. The berserker also has the ability to use throwing axes, making him useful at ranged combat. Most of the berserker's spells concentrate on close combat and help deal with swarming groups of enemies.

The warrior is the tank of this game, able to soak up the most damage as well as being the most proficient at close quarters combat. They are able to equip full armor as well as being able to wield the heaviest weapons. The warrior's spells aid in melee combat.

The games archers, they are the best bow users and the majority of their spells reflect this. The rangers are also reasonable at close combat and have some decent spells which makes the ranger a diverse character to play with.

The cleric has the best healing magic in the game, making it a good choice for party play. Though the cleric is a decent melee combatant, it is limited to the use of blunt weapons. The cleric's spells concentrate mostly on healing and fighting the undead, making him somewhat ineffective against other enemy types in the game.

Though the wizard is the weakest combatant in the game both in terms of dishing out physical damage and taking hits, the wizard has the biggest variety of spells giving them a deadly arsenal of magical abilities. Due to the wizard's weak combat ability it can be a difficult character to play with, though the powerful spells make him a deadly support character in multiplayer. The wizard is limited to using staff weapons.

The dark elf is a solid mix of both melee and magic, being strong in combat and being able to use most weapon types as well as having a wide selection of offensive and support spells at his disposal. A number of the dark elf's spells have poison damage making the shadowknight very good at crowd control.
Titan Quest Baldur's Gate: Dark Alliance Baldur's Gate: Dark Alliance II The Bard's Tale Diablo Summoner 2 Gauntlet: Seven Sorrows Revenant Too Human Space Siege Dungeon Siege: Throne of Agony Sacred 2: Fallen Angel The Lord of the Rings: War in the North X-Men: Legends II - Rise of Apocalypse DeathSpank: Thongs of Virtue Magicka Dungeons & Dragons Daggerdale Untold Legends: Dark Kingdom Dungeons & Dragons: Heroes Kingdom Under Fire: Circle of Doom 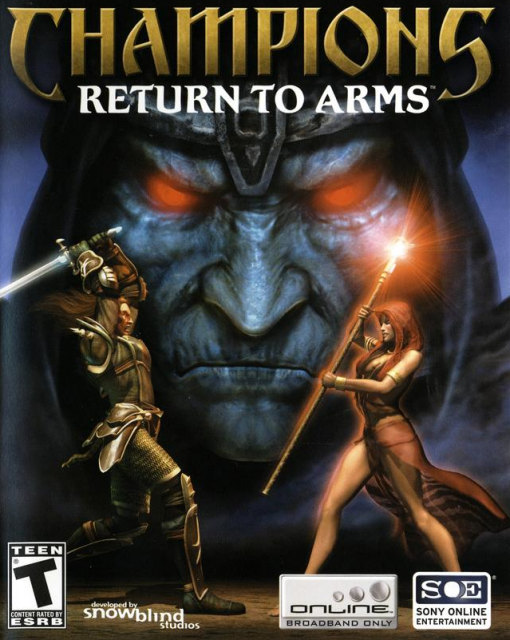