Hakuoki: Demon of the Fleeting Blossom

Hakuoki: Demon of the fleeting blossom is an Otome game. Otome games are directed at the female

audience and deals in the reverse harem story. Reverse harems are games/ anime which deal in there being a lone central female and a group of males that she works with, talks with, falls in love with. An Otome is a a game in which the goal is to have the lead female character to fall in love with one of many males to pick from and include completing the plot goal while your at it.

This game was originally released in Japan by Idea Factory and is a series of games that are catered to girls that appeared on the Playstation 2 during 2008, and the character design's were created by Kazuki Yone. Before the games release they produced a 15 page artbook called "Girls Style" which showed the characters and their positions and status during the historial Otome.

After the release on the Playstation 2 and the success that followed they released other games on the PSP, the DS and the Playstation 3. Hakuoki has also two manga and an anime that ran a span of two seasons which began on April 4th 2010. While it is an ongoing series this will but the first that heads stateside thanks to Aksys Games whom on July 2nd 2011 announced along side Fate/EXTRA as two games they were bringing over on the PSP and even asking the fans what they would like in the LE.

This Otome stars a central female by the name of Chizuru Yukimura in pursuit of finding her missing father during Edo-period Japan. It's the end of the Edo era, three years after the Bunkyuu era. It is February 1865, in the midst of winter. While on her search she enters Kyoto and she encounters Shinsengumi Samurai clan in a fight with the Resetsu and nearly get's caught in the frey. Once the dust settles she is taken into custody and finds that the Shinsengumi are also looking for her missing father whom is practicing the ways of western medicine and invaluable to the clan.

They decide to keep the girl close to them and keep her safe, working together to discover the whereabouts of her father and unlock the secrets of the place in which the clan lives. During her stay she finds out there is something sinister going on, something supernatural, and something dangerous.

It's up to Chizuru to find her father, unravel the mystery and while doing so, she finds love along the way.

Chizuru Yukimura: The protagonist, whom is put into the custody of the Shinsengumi after witnessing something she shouldn't have witnessed. After much debate they decide not to kill her and keep her around, due to their need to find her missing father and his relation to the secrets they hold. She is made to continue dressing as a boy so is to no disrupt the Shinsengumi's way or life and keep curious eyes away.

*Toshizo Hijikata; Second in command to Kondou, he was strict and rather cutting with his words. Often called 'The Demon' by his fellow men and seldom behind his back he tends to live up to his reputation with a cold exterior and little tolerance for the break of Shinsengumi Code.

*Souji Okita: An excellent swordsman/Captain whom does not mince his words when he has something on his mind, and usually doing so with a wicked tongue and matching grin to boot. For him the Shinsengumi comes first and he would follow any order as long as he got the humiliate the other side while he was at it.

*Hajime Saito: Isolated and quiet, Saito let's his skill do the talking for him. He is the only left handed swordsman/Captain and only one whom can use the technique known as iai.

*Heisuke Toudou: The youngest member of the Shinsengumi captains, he tends to say and do things without thinking. Which often lands him with his foot in his mouth. Usually happy and care free he dosen't take to much to heart and is usually found hanging out with Sanosuke and Shinpachi.

*Sanosuke Harada: The only spearmen among the Shinsengumi captains, he has no equal. Much like his best friend Shinpachi he is a little quick to anger, but thankfully unlock his friend, he has a much longer fuse. Compassionate and Loyal, he has the most level head, at least among Heisuke and Shinpachi.

Shinpachi Nagakura: Loves his alcohol, his women and fighting, Shinpachi just loves a damn good time. Just watch that temper. As another member of the Shinsengumi Captains his way with the sword is without question.

Keisuke Sanan: Cool and Calculated, Sanan is the brains behind the Shinsengumi and has the skill to match.

Jsami Kondou: The Cheif and the one the other Captains look up to, he started as a man from a poor little town with a crummy little Dojo and a dream. He, along with the other captains, started from nothing and made themselves into what they are today, elite, death dealing machines in order to keep the peace. Or just the guys to break up a bar fight..

Chikage Kazuma: A Mysterious Man whom was hired by the Satsuma, he takes some very curious interest in the protagonist and makes very clear his intentions... 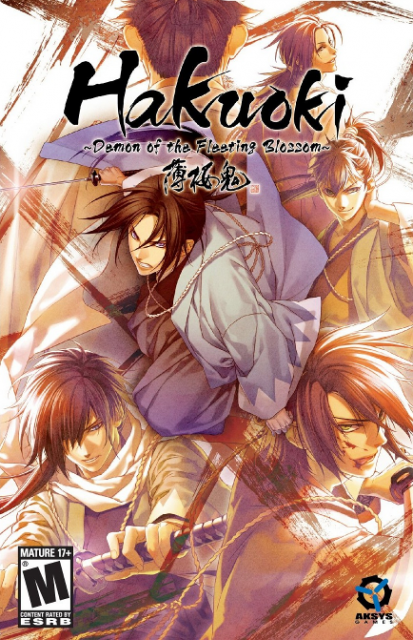