Heart no Kuni no Alice

This is the first game in the Alice in the Country of Hearts franchise.
PlayStation Portable PlayStation 2

Heart no Kuni no Alice: Wonderful Wonder World is an otome visual novel game produced and developed by QuinRose. It's been released for the PC, PlayStation 2 and PlayStation Portable.

The game spawn a manga adaptation that is illustrated by Souhei Hoshino. It originally ran in Mag Garden's Monthly Comic Avarus (October 2007 - October 2010), and it ended with a total of six volumes (July 10, 2008 to December 15, 2010). For North America, Tokyo Pop purchased the licensing, but due to bankruptcy, it only released five volumes.

OZMAFIA!! Hakuoki: Demon of the Fleeting Blossom Sweet Fuse: At Your Side 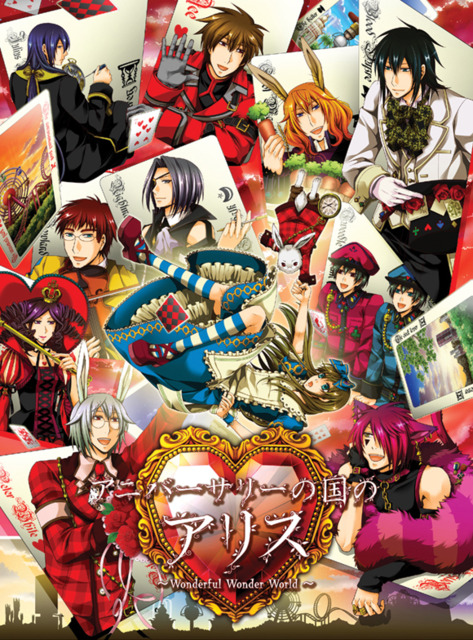